We use the present perfect when we talk about activities which began in the past and continue up to the present:

We have lived here for a year.

Използваме минало просто време за действия, започнали и свършили в миналото:
We use the past simple when we talk about activities which began and finished in the past:

We use the present perfect when we talk about an indefinite time in the past:

ever, never, lately, recently are common with this use.

We use the past simple when we talk about a definite time in the past.

yesterday, last week, a year ago are common with this use.

Използваме сегашно перфектно време за да покажем настоящ резултат от минало действие:
We use present perfect to show that the result of a past action is connected to the present:

We use the past simple when we talk about a sequence of events. We also use it in stories about the past:

He got up, had a shower, and went to work.

Since computers were first introduced to the public in the early 1980s, technologies have changed a great deal. The first computers were small machines designed for basic tasks. They didn’t have much memory and they weren’t very powerful. Early computers were often quite expensive and customers often paid thousands of dollars for machines which actually did very little. Most computers were separate, individual machines, used mostly as expensive typewriters or for playing games.
Times have changed. Computers have become powerful machines with very practical applications. Programmers have created a large selection of useful programs which do everything – from teaching foreign languages, to bookkeeping. We are still playing games, but they have become faster, more exciting interactive adventures. More and more computer users have got on the Internet. Communication has never been easier, faster, and more convenient. We have started creating international communities on-line. The simple individual machines of the past have evolved into an international World Wide Web of knowledge.

1. Peter (live) in Madrid for three years.Then he (get) married, and (go) to Barcelona.

7. Where you
(live) when you were a student?

9. Laura (be) in hospital since Monday.

Question 9 : Which is the correct sentence?
Have you ever been to Chicago?
Did you ever go to Chicago?

Last month Sam and Janet Barnes, twins from Barnstaple, were invited to London by an electronics company to test a new family computer. The company invited them onto a ship on the River Thames. Sam, who is only 12, has already written several computer programs and he thinks that computers are better than TV: ‘Instead of sitting doing nothing, you can make a computer talk to you and play games.’
Sam and Janet experimented with the new computer, which has a voice and about seventy programs. This computer is very user-friendly”, said Janet, The instructions on the screen are easy to follow, and it even has a friendly voice like R2D2 in Star Wars’!’
Sam already has a computer at home, and he and his family use it for doing all sorts of things. What did he think of the new one? ‘Great! There are lots of things you can do with it and it isn’t very expensive.’ While he was on the boat, Sam invented a game in which fighter planes appeared at the top of the screen and fired at moving targets below. Janet is interested in music, and she tried composing computer music by arranging the notes electronically. ‘Soon a machine like this will compose a pop song good enough for the pop charts’,
she said. ‘Instead of playing the piano or the guitar, you can use a computer.’
Sam thinks the new computer will be very popular, and he is pleased because the company is interested in buying one of his programs. ‘When you know how to use a computer,’ he says, ‘it’s like having a genius for a friend!’

A. Answer these questions about the text:

Question 1 : Why did Sam and Janet go to London?
to enjoy a wonderful vocation
to study at the local university
to test a new family computer

Question 2 : Who invited them to go to London?
an old friend from school
an electronics company
family friends of their parents

Question 4 : What did Sam do with the new family computer?
He wrote his homework.
He broke it.
He experimented some programs on it

Question 6 : The computer company wants to……:
buy a program which Sam has written
employ Sam to work for the company
make Sam buy one of their products

Question 7 : B. Find words in the text which mean the same as the following:
1. A brother or sister who is born at the same time. (paragraph 1)
2. Easy to use. (paragraph 2)
3. The glass surface on a television where pictures appear. (paragraph 2)
4. Costing a lot of money. (paragraph 3)
5. Happy or satisfied. (paragraph 5) 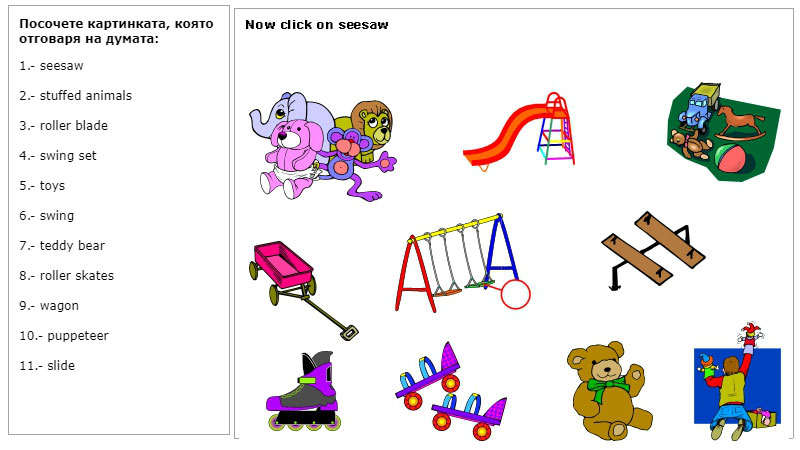